iDJa and Ailo have both distinguished themselves as solo electronica artists and DJs collaborating with other Sámi artists, performing on stages both small and large across Sápmi. After joining forces at this year’s Easter Festival in Kautokeino to a packed Báktehárji, they’re here to give Riddu an unforgettable night.

With a passion for electronic dance music, iDJa and Ailo combine urban electronica with traditional elements and yoik, drawing on their own Sámi backgrounds as well as house, techno, and disco to create new ways of expression, and inspire movement on the dance floor.

Joining forces at Riddu for the first time, they promise to keep you dancing all night long! 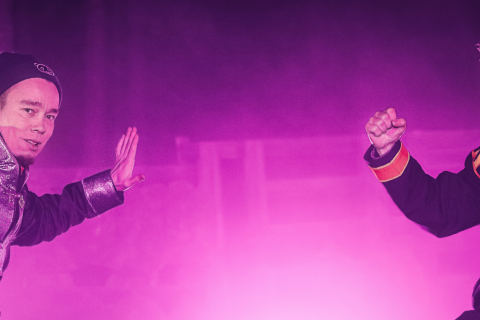