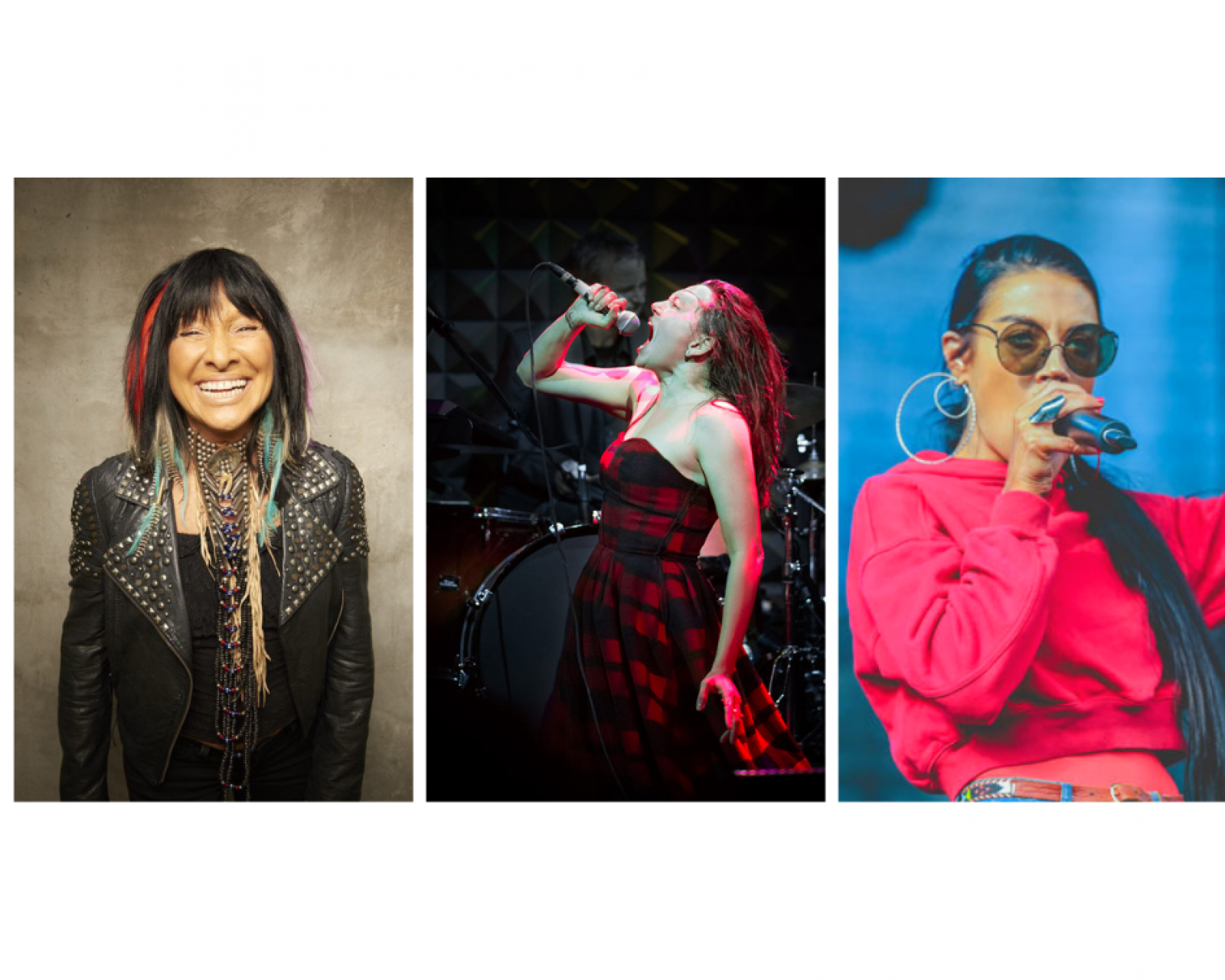 Trio with stars to Riddu Riđđu

The Riddu Riđđu festival has brought together three generations of female indigenous stars: Buffy Sainte-Marie, Tanya Tagaq and Maxida Märak. Together they will compose this year’s commissioned concert.

"For years, we have dreamed of this to happen! This is really a dreamteam of indigenous queens! This will be next year's "must see" concert! " says Sandra Márjá West, the festival leader.

The artists are known for their fight against injustice and they are strong voices for the future of indigenous peoples’.

Canadian Buffy Sainte-Marie has been an artist for six decades, and has been both blacklisted and hailed. Her songs have been recorded by such as Janis Joplin and Elvis Presley. Her work focuses on issues of indigenous peoples, the environment and pacifism.  Festivals leader Sandra Márjá West says; "Buffy Sainte-Marie is a legend and she has been very important to Riddu Riđđu. Without her support, the festival in this small coastal Sámi community, Gáivuotna / Kåfjord, had not been where we are today; a leading stage for indigenous music. Buffy visited Riddu Riđđu in 2009 and 2013, and has been wanted back to the festival. This will be the first concert she's doing in collaboration with Sámi artists. "

Tanya Tagaq is an award-winning Inuit throat Singer from Iqaluktuutiaq in Canada. She has an original vocal style and experiments with modern and traditional music expressions in explosive stage performances. Tanya is a passionate defender of indigenous peoples rights and traditions in Canada."Tanya played at Riddu Riđđu in 2009 and she impressed the Riddu audience greatly. Tanya is amazingly cool and her message is timid. This will be a celebration of indigenous resistance and a fight for our future, "says Sandra Márjá West.

Maxida Märak, from Jokkmokk in Sweden, is a human rights activist with a special interest in the rights of the Sámi people. She has taken part in protests against the mining industry in Sápmi. With honest and politically-laden texts, she is known to rather give "too much" than too little. Maxida Märak works mostly with hip hop, but for this concert she will focus on yoik. "Maxida has a wonderful voice and is a skilled yoiker. She is also a badass who doesn’t hesitate to show her middle finger to the power" says Sandra Márjá West.

"The commissioned concert will focus on indigenous common struggles, for the right to exist and the struggle for recognition of our history, based on the voice of these three generations. This will be be an unforgettable experience!" states the festival leader Sandra Márjá West.