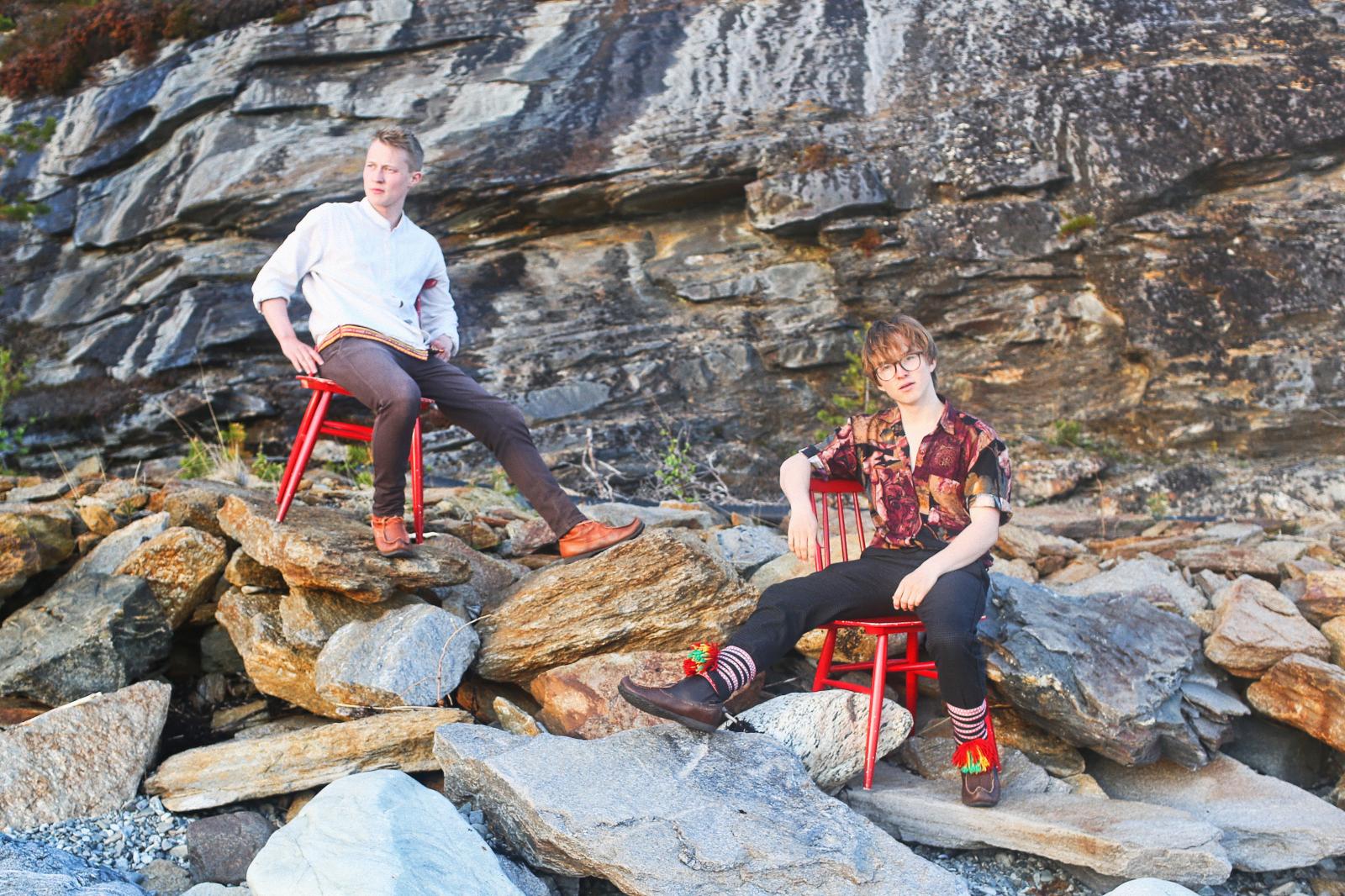 Emil Karlsen (22) and Lávre Johan Eira (19) constitute a new musical collaboration in Sápmi. They are working on an album that explores the dream world in olden days and today. They will be accompanied by drummer Joakim Åsmund Hansen from the band Resirkulert. Emil and Lávre have been hard at work composing, and on Friday you will be treated to brand new material.

Watch the concert from the Center of Northern People: We have the capacity to accommodate 50 people. Audience members must keep a distance of one meter from each other. People from the same household can sit together. The doors open at 7 pm and we are fully licensed.

You can buy tickets at the door with Vipps and the price is NOK 50. Tickets will be sold on a first-come, first-served basis!

Contribute to the artists:

Karlsen is known to many as a vocalist in the band Resirkulert. In 2019, he was the Young Artist of the Year at the Riddu Riđđu Festival. Over the year, among other things, Karlsen has interpreted several songs by Áillohaš, and been given the opportunity to immerse himself more in yoik, and in particular, explored Coastal Sámi yoik.

Lávre Johan Eira (19) is from Kautokeino. He has received a lot of attention for his music over the past year. In 2019 he performed at the Easter Festival in Kautokeino together with other young Sámi artists. Lávre released the single Beaivenieida in 2019.